The Ethernet Expansion adds an Ethernet port to the Omega. With this expansion you can add reliable, wired network access to your Omega, without affecting its wireless capabilities. It also has the added bonus of being able to reflash an Omega whose software is corrupted (“bricked”). 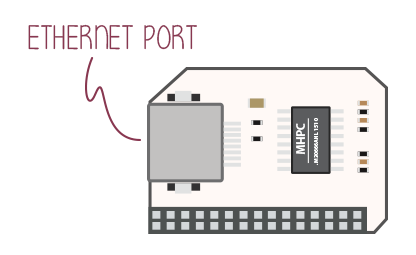 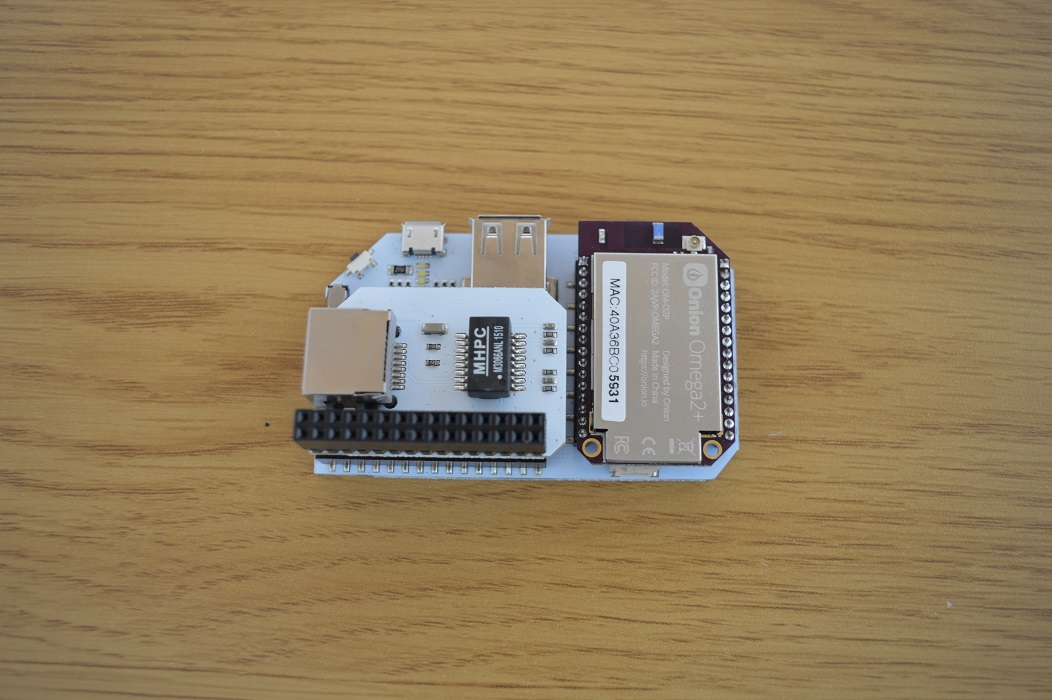 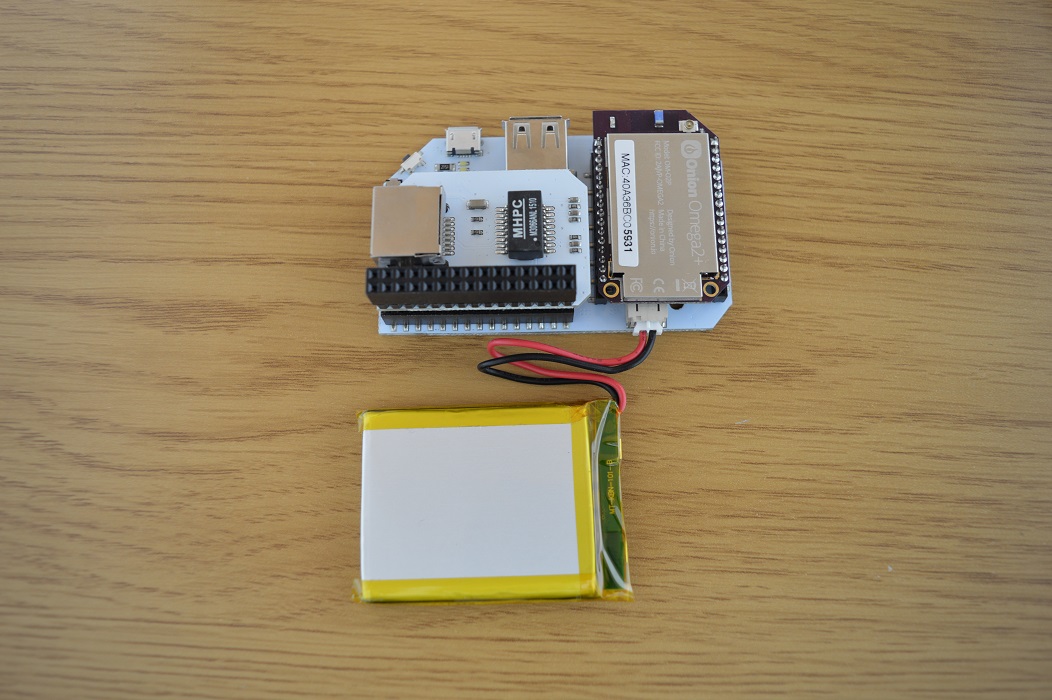 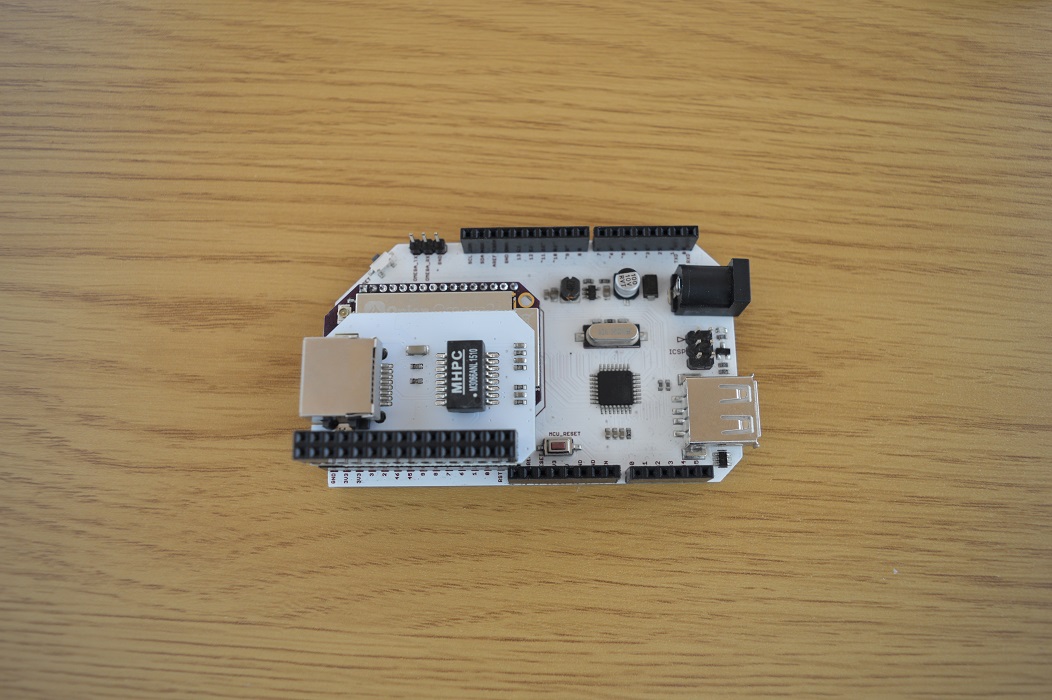 NOTE: The Ethernet Expansion does not plug in ALL THE WAY like the Omega does. The pin will be exposed at the top (refer to image above)

This Expansion features an Expansion Header, so other expansions can be safely stacked on top of it.

and when you unlpug the ethernet cord you’ll see this:

If you’re connected to the Omega’s command line through SSH, you can run the dmesg command to print out all of the messages from the kernel.

To connect an Ethernet cord to your Ethernet Expansion, properly align the Ethernet plug with the jack, and insert. It will click in place.

In order to disconnect the Ethernet cable you’ll need to press down on the cord in order to release the lock mechanism (the click sound was this mechanism). 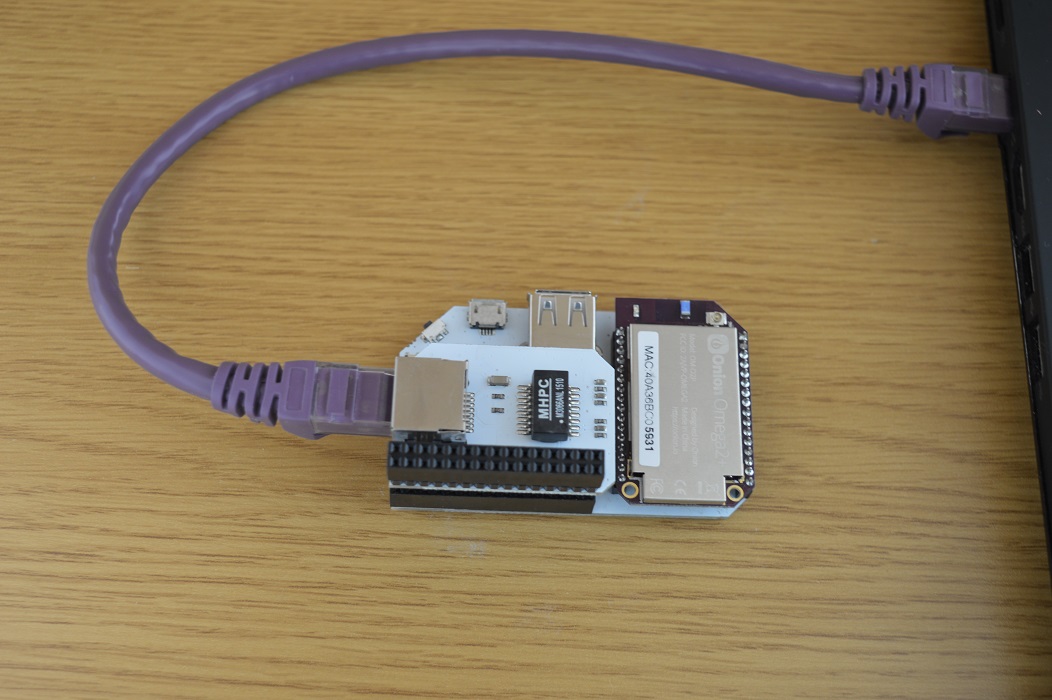 We’ve made available a detailed diagram of the dimensions and geometry of the Ethernet Expansion.

The Ethernet Expansion is a great tool to extend the networking capabilities of your Omega by providing another method of connecting to the internet.