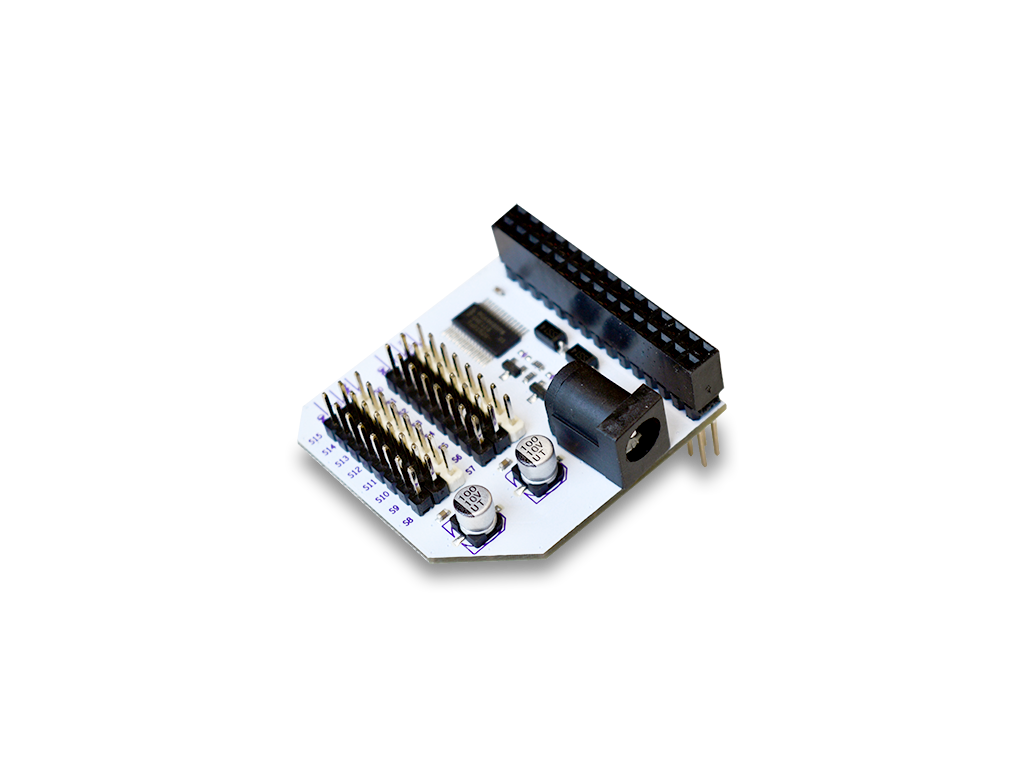 The library can be used in C and C++ programs.

This library is also available as a module for use in Python. The module is called pwmExp and is part of the OmegaExpansion package.

The libonionpwmexp C library is a series of functions that perform all of the actions specified in the Programming Flow section.

To add the Onion PWM Expansion Library to your program, include the header file in your code:

In your project’s makefile, you will need to add the following dynamic libraries to the linker command:

The dynamic libraries are stored in /usr/lib on the Omega.

The libonionpwmexp library is used in the implementation of the pwm-exp command line tool..

The source code can be found here, on the i2c-exp-driver Onion GitHub Repo.

If the function operation is successful, the return value will be EXIT_SUCCESS which is a macro defined as 0 in cstdlib.h.

A few reasons why the function might not be successful: * The specified device address cannot be found on the I2C bus (the Expansion is not plugged in) * The system I2C interface is currently in use elsewhere

An error message will be printed that will give more information on the reason behind the failure.

The oscillator will be setup to generate PWM signals at 50 Hz, the default for most servos.

This function performs several reads to determine if the Servo Expansion has been initialized and the oscillator is running.

It can be used to check if calling the Initialization function is required.

The bInitialized argument is to be passed by reference and once the function executes, it will contain a value that corresponds whether or not the Expansion is currently in the initialized state. The value follows the table below:

Check if a Servo Expansion is initialized:

Here we go! Use this function to generate a PWM signal on a specified channel:

The driverNum argument is detemines on which channel to generate the PWM signal. The accepted values are:

Set channel 15 to always on:

Set channel 8 to always off:

Change the frequency to 60 Hz and generate a 40% duty cycle signal on channel 14: