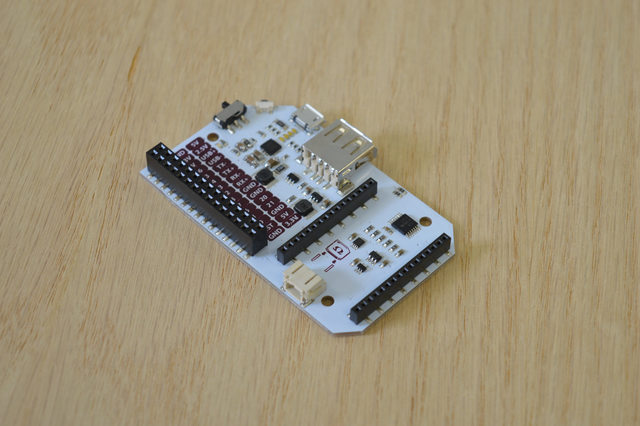 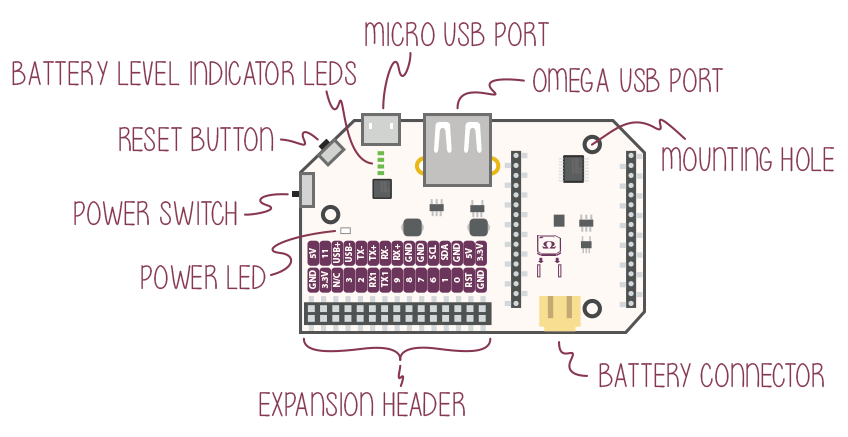 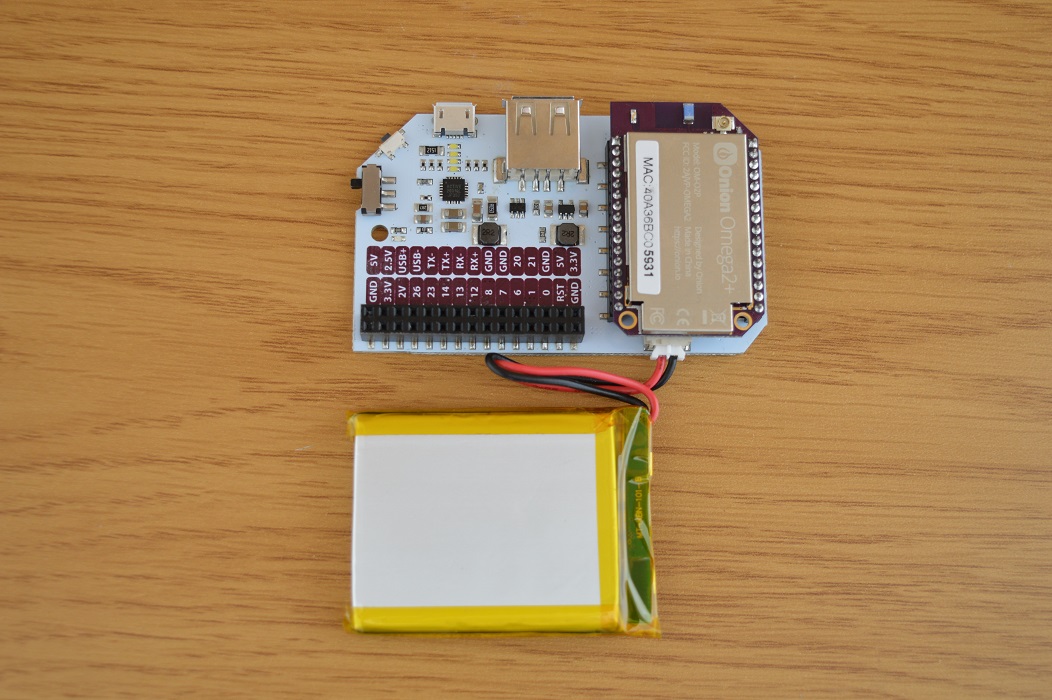 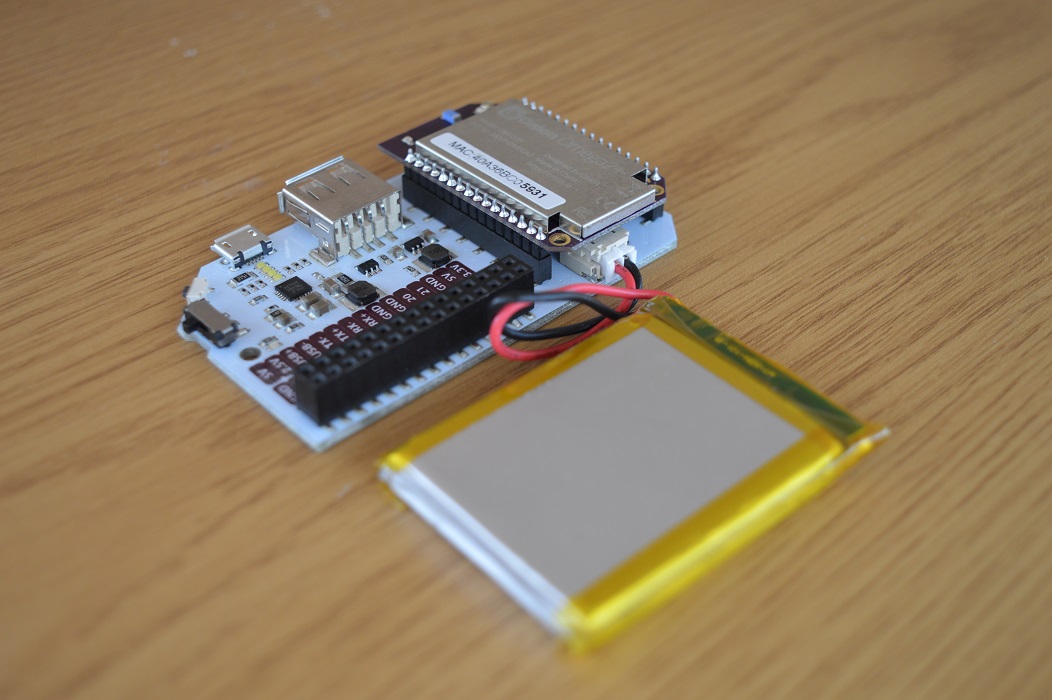 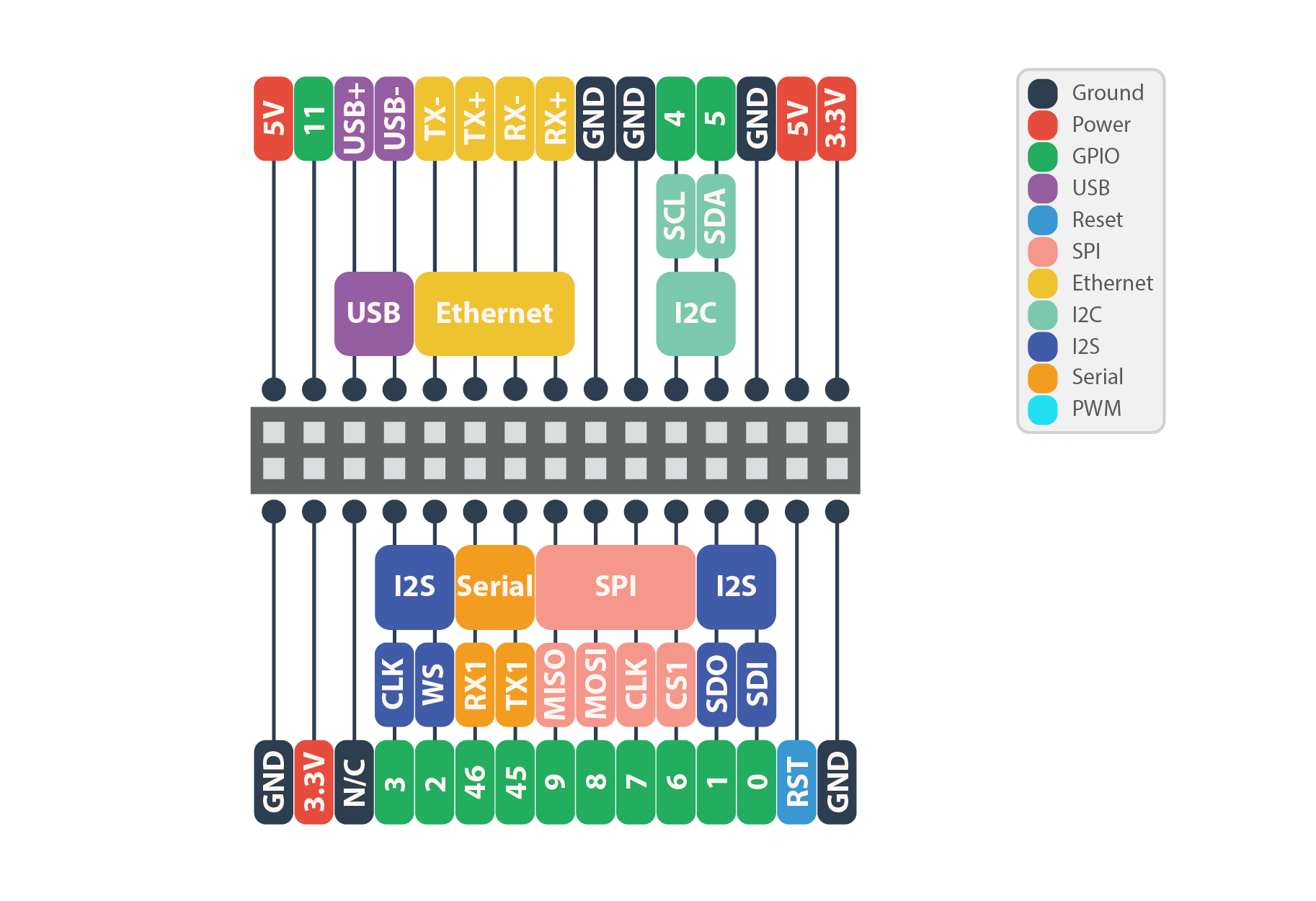 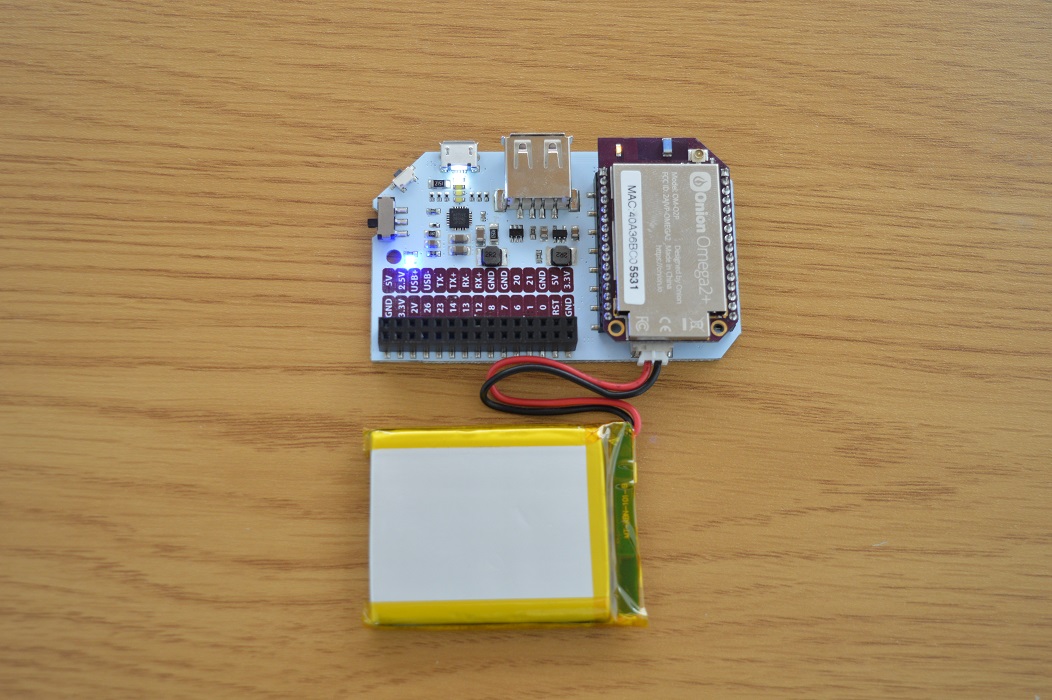 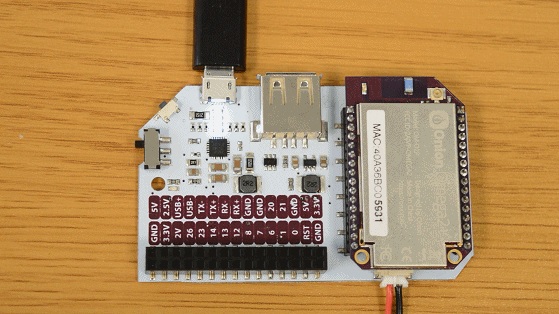 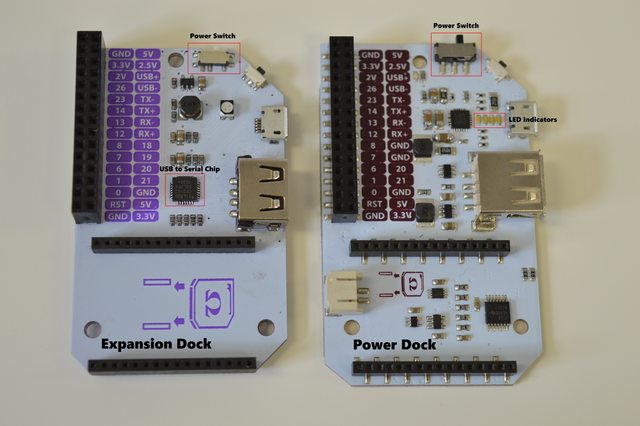 The main differences are: * Addition of battery management circuits and battery level indicator LEDs * Addition of 2-pin JST-PH connector for batteries * All circuit components are surface-mount * No USB-to-Serial Chip * No RGB LED

The power-dock application allows you to turn on the indicator LEDs on the Power Dock. It will only take effect when the Omega and Power Dock are being powered just by the battery.

To install the power-dock application, run the following commands:

The application will turn on the Battery Level Indicator LEDs, allowing you to visually check the battery charge level. To do this simply enter the following command:

You’ll see the following output in the command line:

When operating in battery mode, you will find that the output on the 5V pins is actually 3.3V initially. Since the Power Dock is designed for power-saving, it only provides the 3.3 volts the Omega needs to run. In order to get activate the circuit that performs the battery to 5V conversion, you need to issue the power-dock command.