In this experiment, we will make a circuit that can read input from a keypad. To make it more interesting, we’ll treat the input as a password such that if the correct password is entered, an LED will light up. The way we will build our circuit and accept input is very similar to the way computer keyboards work! When writing the code, we will also learn how to use Arduino libraries that are not preloaded by default.

A keypad allows the user to press a button and the attached computer system will be able to tell which digit was pressed. If keypads were to use a pin for every button, there would be way too many data pins to connect! Instead, keypads only have pins for each horizontal row and pins for each vertical column. In our case we only need 7 (4 rows and 3 columns) instead of 15. 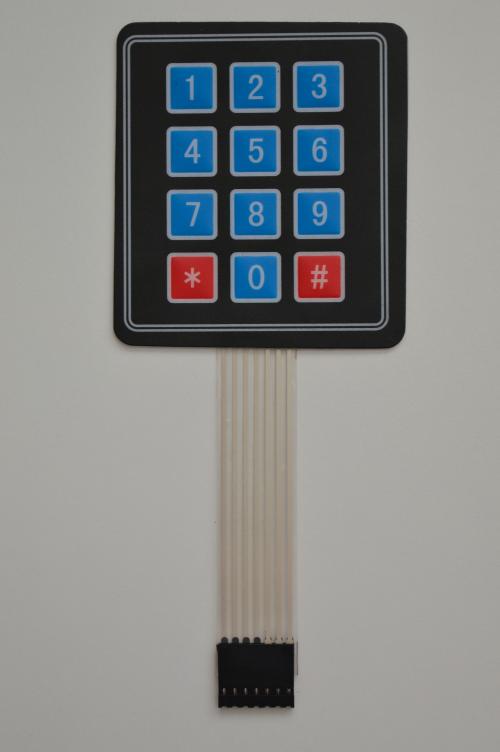 However, since the pins are not directly mapped to the buttons, our computer system will have to decode the signals coming from the keypad. When a button is pressed, the corresponding row and column pins will become logical high. So we will have to translate the row and column signal into the value of the button just like how chess positions are recorded.

For the circuit, we will need a keypad and some jumpers along with an LED to light up.

The keypad will connect directly to the Arduino Dock, and we’ll wire up the LED separate to be controlled by our code. For reference during the build, here’s a diagram of our circuit: 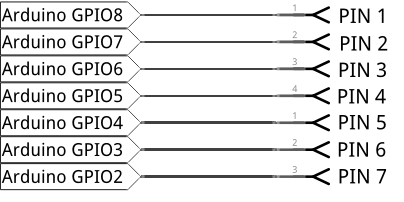 Hooking Up the Components

Once you have the components ready to go, we can begin putting it together. Keep in mind the keypad has seven pins, one for each row and column - not one pin per button. 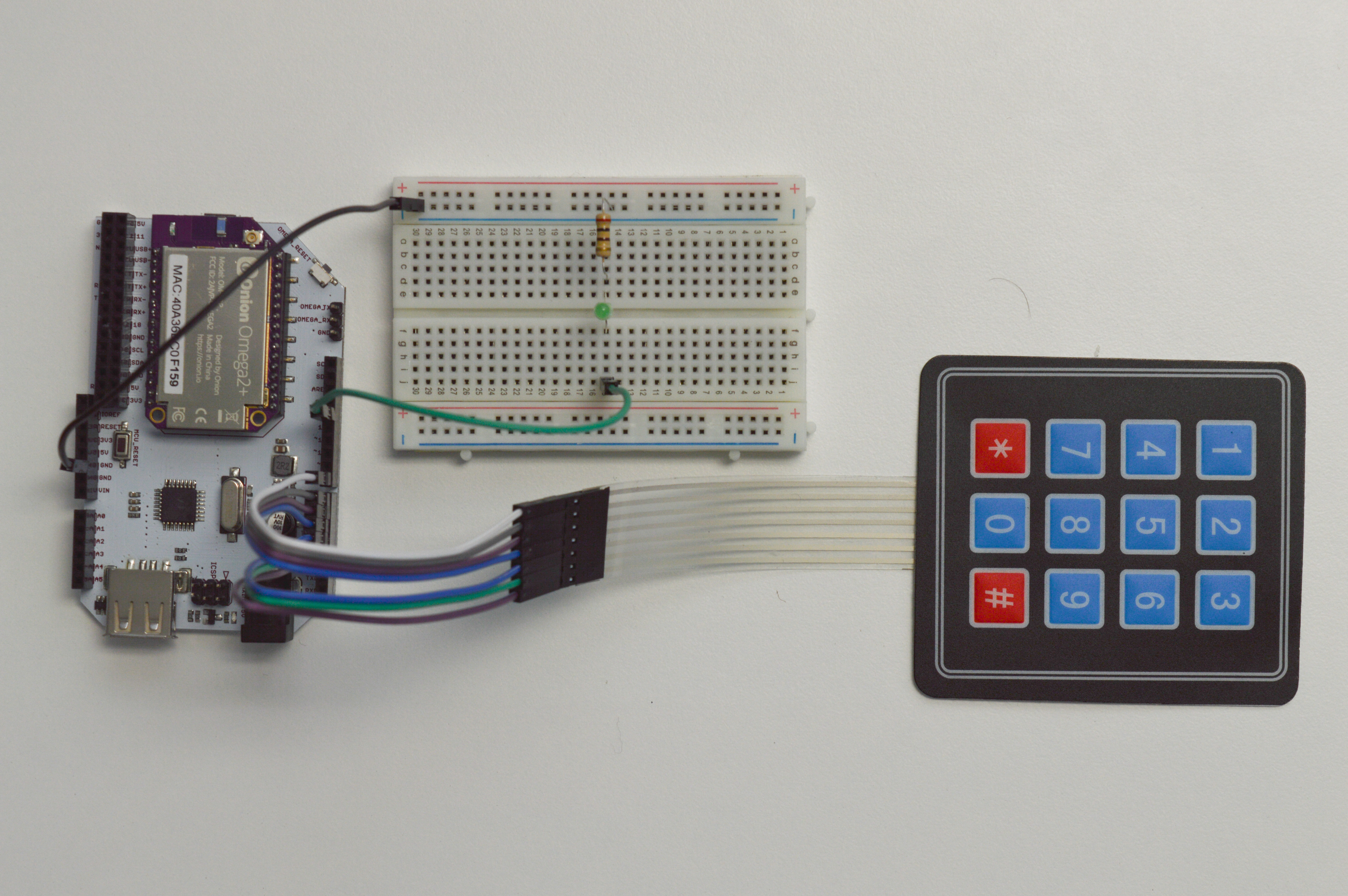 This code will use a Keypad library which is probably not included in the Ardiuno IDE by default. There are two ways of getting ahold of the library and including it in our code. In the first way we can install it directly through the Arduino IDE:

On the Arduino IDE, click Sketch > Include Library > Manage Libraries. The Library Manager will show up; type keypad in the search bar and install the one titled ‘Keypad’.

The other way is to manually install a library.

To use the library we need to #include it at the top of our code, by doing so, it tells the compiler to find the keypad library and drop all the code from it into the front of our sketch.

Here’s the experiment running in our lab:

We will be using the keypad to create a password protected system. After the user presses the # key, they will be prompted via serial to enter a password. If the entered password matches with the password set in by char password[], which is 4321 by default, the blue LED on the Arduino Dock will light up for 3 seconds. If the wrong password has been entered, it will ask the user to press the # key again to retry.

Here we modelled our code as a state machine to help us better organize our program’s behavior. We also made use of two-dimensional arrays to help us model our data to resemble our physical hardware more closely.

State machines are a bit different from general purpose programs that we’ve been writing. They can be used when the possible situations, or states of the problem are all known and well-defined. In our case, we have only 5 distinct states that our controller can be in:

The state machine changes from one state to another in response to inputs such as pressing buttons on the keypad. These changes are known as transitions.

Arrays can hold values of any type in order, but they can also contain other arrays. The dimension of an array is how many indexes you need to address a single member. In our case, we’re using two-dimensional arrays.

Two-dimensional arrays can be thought of as tables - with a fixed number of rows and columns, and each cell being a single element. Using a 2D array like a table, we can map the keypad directly to an array using X and Y coordinates. To get a better visual, let’s take a look at the code:

Our keypad does not have a pin for each button; instead, it has a pin for each row and column. When a button is pressed, the signals on the pin and column lines change, and the Keypad library is designed to detect these changes to determine which key is being pressed.

We use the keys[][] array to store the location and value of each button. Each button can be accessed by a pair of indices, kind of like X-Y coordinates. For example, we stored the ‘6’ key in keys[1][2].

We then use the Keypad.getKey() function that reads the column and row pins from the keypad, then finds the character in our array that corresponds to the button that was pressed. It goes through the following steps:

This lets model our data to resemble our physical hardware more closely, which makes it easier to understand when writing our programs!

In this experiment, we password protected an LED just to illustrate the concept. It would be a little more useful if the correct password triggered a different action, maybe moving a servo or actuating a lock? You can replace the contents of the passwordSuccess function to implement other password protected actions. Have fun!